According to Wikipedia:  The Manx Loaghtan is a rare breed of sheep (Ovis aries) native to the Isle of Man. It is sometimes spelled as Loaghtyn or Loghtan. The sheep have dark brown wool and usually four or occasionally six horns.

The Manx Loaghtan is one of the Northern European short-tailed sheep breeds, and descends from the primitive sheep once found throughout Scotland, the Hebrides, and Shetland Islands. The word Loaghtan comes from the Manx words lugh dhoan, which mean mouse-brown and describe the colour of the sheep. This breed is primarily raised for its meat, which some consider a delicacy. The meat has recently received EU recognition and protection under the Protected Designation of Origin scheme, which requires products to originate in a specific region.

The Rare Breeds Survival Trust has characterised the Loaghtan as “at risk”. By the 1950s there were only 43 surviving specimens. Manx National Heritage developed two healthy flocks. These have given rise to commercial flocks on the Isle of Man, United Kingdom and Jersey. Even so, today there are still fewer than 1,500 registered breeding females.

These are another really cool looking sheep.  I received a carded batt weighing 31g from Benridge Woolwork.  It costs £8 for a 100g batt compared to combed top from WOW which is £2.52.

This batt is dense and crimpy.  There was a bit of VM, but not as much as the Gotland I spun. 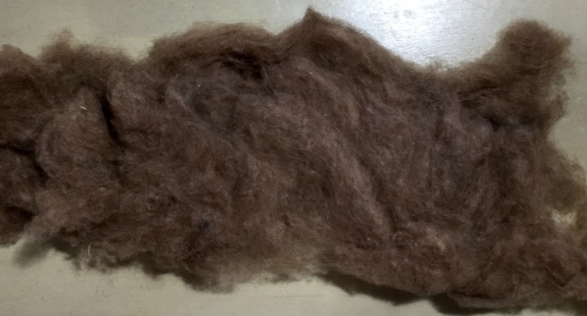 The micron count is approximately 29-31 which is finer than the Wensleydale and Teeswater.  I spun this straight from the batt.  It was very nice to spin.  I really love the brown color of this wool as it is on the reddish side.  I haven’t seen this color before. 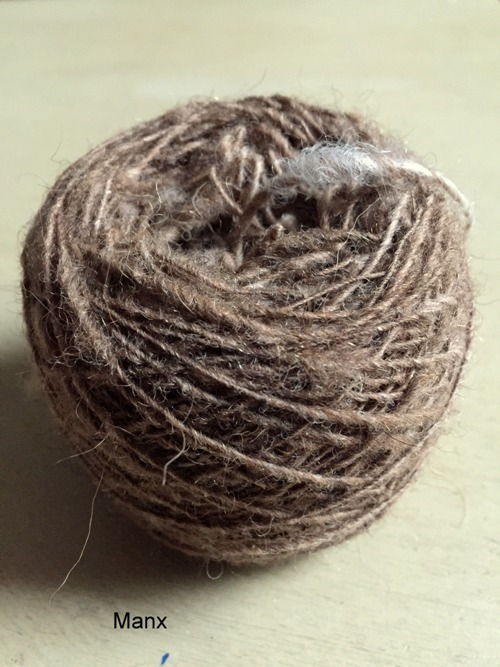 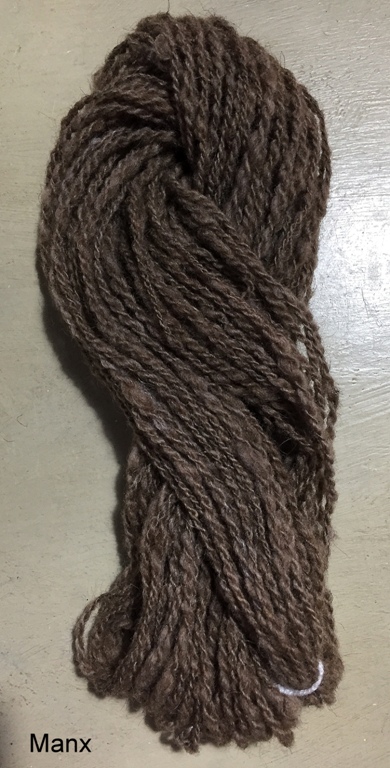 The yarn is surprisingly lofty and bouncy.  There is a nice spring to it.  It is also supposed to be good for felting.  It would certainly be easy to needle felt with a batt like this.  Although the yarn is hand soft, I wouldn’t feel good about using it in a wearable as it feels a bit scratchy when next to my neck.  However, it will be great in a table runner or tapestry.